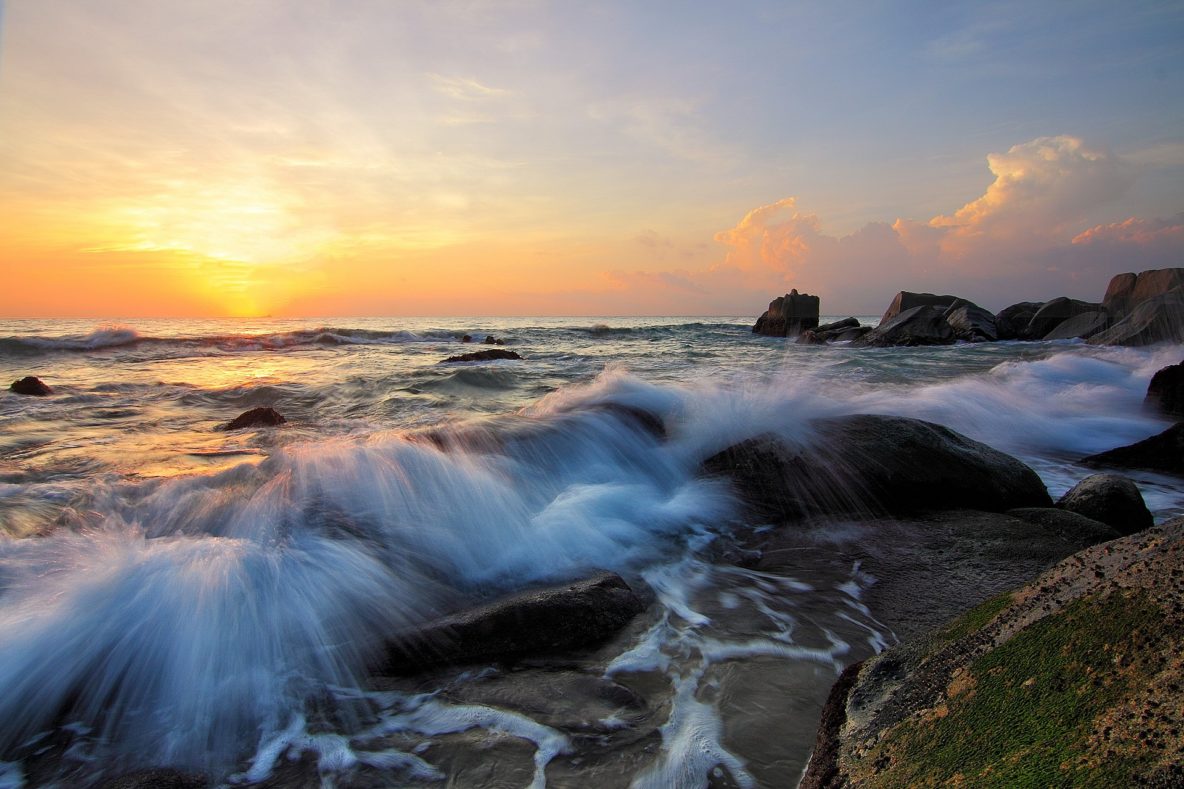 This global prayer chain mysteriously emerged and spread like a consuming fire.  Small groups and individuals of different languages, cultures and ethnicities, instinctively sprang up.  There were three commonalities: (1) those called to pray were filled with the spirit of God; (2)they were between the ages of seven and twenty-two; and (3) they began each prayer with the same theme:  “Thy will be done on earth as it is in heaven.” (Matthew 6:9-13 NKJV)

Two teenage girls walking in Pakistan wrapped their saris over their head.  As they walked together, they spoke in their own language in low tones, “Thy will be done on earth as it is in heaven.  We know your will Father God, for You created us with a free will to choose.  Oh God, we cry out for those who are enslaved today and cannot choose. Help us, Father, for we know that this is Your will in heaven for us here on earth.”  As they walked and prayed, their eyes darted in every direction, and they continued walking and praying with boldness and confidence within their hearts to invite God’s will on earth as it is in heaven.

A small group of students met at the flagpole at their local High School in Iowa.  They were previously warned not to pray in school.  However, compelled by the spirit of God they met at the flagpole each day after school and with one heart prayed, “Father, we ask for Your will to be done on earth as it is in heaven.  Oh God, we especially cry out on behalf of those who cannot cry out for themselves.  Help our generation to be bold and courageous as we continuously invite Your will in heaven to be here on earth.  Father, Your Son taught us to pray this prayer and we are doing what you asked. We know Your will is for life, and that more abundantly (John 10:10, NKJV).  We ask for freedom in our generation.  We ask for life for others and ourselves around the world. Oh God, we know this is Your will and that we have the victory.  Even so, Lord, we say thine will be done, for we know that You cause all things to work together for good.” (Romans 8:28)

A small youth group in the Amazon lifted their voices as one and cried out to God, “Thine will be done on earth as it is in heaven.  Lord God, we need Your power.  We need Your guidance.  We need You.”

Other groups and individuals in New Zealand, Rhodesia, Kenya, Japan, Canada, South America, Poland, Russia, Australia, China, England, and other countries, on all continents prayed with the same fervor, urgency and theme.  As they did, smoke, invisible to the human eyes, ascended upward. There was a barrage of shooting stars from earth that ascended to heaven.  Heaven was bombarded with one cry, one invitation, for ‘God’s will in heaven to invade the earth below.’ God heard their prayers and the earth and seas began to quake. The heavier the bombardment of prayers, the thicker the smoke ascended, the greater the quake that began a chain of events no one could fathom.  God’s heart moved as His children prayed.

The heart of those who had no voice were moved with the same theme. Their tears defied gravity and ascended to God’s throne like a flood. Each teardrop was encrypted with King David’s plea for help from his enemies when he said:

“…The pangs of death surrounded me,

And the floods of ungodliness made me

The sorrows of Sheol surrounded me;

The snares of death confronted me.

In my distress I called upon the LORD,

And cried out to my God;

He heard my voice from His temple,

And my cry came before Him, even to His

Then the earth shook and trembled;

The foundations of the hills also quaked and

were shaken because He was angry.

Smoke went up from His nostrils,

And devouring fire from His mouth;

Coals were kindled by it.

He bowed the heavens also, and came

down with darkness under His feet.

He rode upon a cherub, and flew;

He flew upon the wings of the wind.

He made darkness His secret place;

His canopy around Him was dark waters

and thick clouds of the skies.

From the brightness before Him, His thick

clouds passed with hailstones and coals

The LORD thundered from heaven, and the

Most High uttered His voice, hailstones

and coals of fire.

He sent out His arrows and scattered the

foe, lightnings in abundance, and He

Then the channels of the sea were seen.

The foundations of the world were

uncovered at Your rebuke, O LORD, at the

blast of the breath of Your nostrils.

He sent from above, He took me;

He drew me out of many waters.

He delivered me from my strong enemy,

from those who hated me, for they were

too strong for me.

They confronted me in the day of my

But the LORD was my support.  He also

brought me out into a broad place;

He delivered me because He delighted in

The fervent prayer of the dependent, the weak, the poor, defenseless, those without voice or representation, millions of youth, individual and small groups, ignited and engaged heaven.  The earth began to quake.  Changes were imminent.