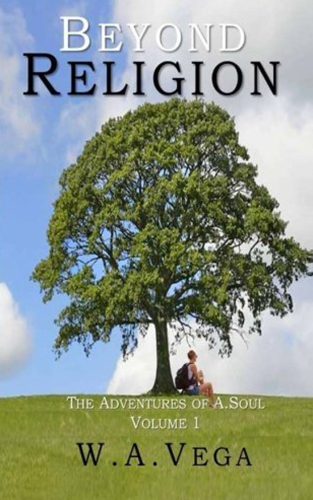 (Excerpt from W.A.Vega, “The Adventures of A. Soul”)

“T. Gardener walked through one of His favorite gardens during the cool of the day. He whistled as He walked, enjoying the beauty of His handiwork.  At intervals, He stopped to examine certain trees, shrubs and flowering plants. He watered all, some He pruned, some He touched tenderly, some He pulled out impinging weeds and others He simply smiled at as He admired their maturing beauty.

There was one spot however, where He lingered longer, presumably admiring a beautiful, climbing rose bush that was resplendent with big, bright, beautiful, and fragrant roses.  This was one of His favorites.  The longer He paused to admire its beauty, the heavier His heart became.  It was only a matter of time before His eyes swelled with tears as He bent over the beautiful bush. He then did the unexpected. He pulled out His pruning shears and cut down the majestic rose bush at the root, then called His assistant to take it away and burn it.

Seeing the sadness in the Gardener’s eyes, His assistant asked, “Why did you cut down this beautiful rose bush when it causes you so much pain?”

The Gardener replied in a sorrowful, grief-stricken tone, “It’s better that I cut it down now than allow this dreadful fungus to consume it from within.”

He then continued to explain,

“Even though it looked healthy on the surface, look closely and see.

There was a dark fungus spreading uncontrollably.

It pained me to prune it so drastically,

but saving it is more important to me.”

The assistant watched as the Gardener stroked the remaining stump with loving care. Then He attached three stakes that He placed around the barely visible base.  With tears streaming down His eyes, He pulled an ointment from His pocket, placed some on a bandage and lovingly wrapped it around the short stump. Before He walked away, He bent down and prayed.”