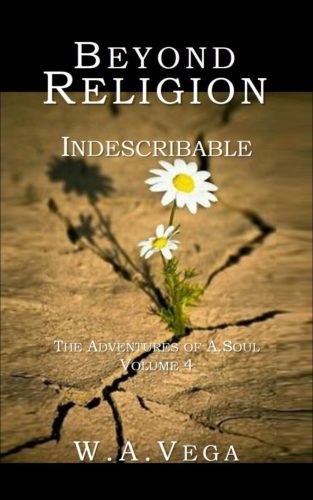 “In the infinite realm of NOW there lived a Father, His only Son and their Spirit, named Breath.  The three were inseparable.

At some point in NOW, the Father, His Son and Breath had a special meeting.  Before the meeting began, the Son eagerly said, “Father, I know what this is all about. It’s what we’ve been planning, isn’t it? I’ve been fervently waiting for your Word.”

The Father replied, “Son, you know everything about me. Do you know why I delayed this meeting?”

“Yes, Father,” the son answered solemnly.  “We’ve never been separated and this could require us to be separated. I know how difficult this will be, but I’m ready.  I want what you want more than anything, regardless the cost.  It’s what we’ve always wanted.”

Breath, who was unusually still, chimed in excitedly, “Just say the Word, and it’s done.”

The Father pensively paused and said, “Okay, I know we’re in one accord.  Son, I’m ready to give you a bride.”

“And I’m ready to give you many sons and daughters to enjoy the love we share,” replied the Son with exuberant delight. “I’m ready Abba.”

Bouncing with excitement, and ready for action, Breath exclaimed, “Just say the Word, and it’s done.”

Knowing the magnitude of what was ahead, the Father asked, “Are you sure Son?  It will cost us everything.”

“Yes,” the Son answered.  “But because this is our desire, the cost will be pure joy.  Breath is always with me, and I know You are to.  Our plan has always been to expand our Kingdom and share our love.  I want what you want more than anything.  I’m ready, Father.”

Gazing adoringly into His son’s eyes, his Father pulled him closer.  Their love was indescribable.  The Father knew His Son would do anything for Him and the Son was fully assured that His father would do the same.  Their hearts were intertwined in thought, word and deed.  For as long as they existed, they had always been one, sharing one Spirit. The Son was confident that there was absolutely nothing that could separate Him from His father’s love, and likewise, the Father knew His son’s heart of unconditional love.

Consequently, the Son, not having seen his bride, was already in love, and looked forward to the day when He would present His Father with many sons and daughters.

With their pure, undefiled, indescribable, immeasurable love exploding into new life, Breath leapt into action. The Word was spoken and in six days a new realm was created. Breath was released and a new dominion of time, space, matter, and life burst into creation.  On the sixth day, the Father proudly presented his Son with His bride. Zealous to please the Father, the Son was enthralled with the prospect of adding many children to their Kingdom. All made in their image and likeness, with One Spirit, sharing their indescribable love.

Whatever their choice, they were ready with a plan to win the Brides’ affection, even unto death and separation, and be forever joined in union with them, in the realm of NOW.”

How deep His love is towards you!