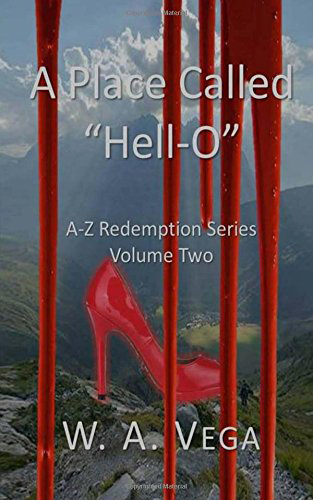 “Her dreams were unfulfilled, and the God she knew appeared distant and strange. Yet she felt compelled to wait, and in her seventh year after purchasing the property, her heart awoke to a new song of praise and a new vision of this amazing God who defied explanation.

She saw Him, as Isaiah did: high and lifted up, seated on a throne; and the train of His robe filled His House.  She saw Him as Moses did as an all-consuming fire and was reduced to nothing but awe of Him.  She surrendered every imagination of who she thought He was, and for the first time, she began seeing Him for who He is; the “I Am that I Am” (Exodus 3:14),needing no explanation, needing no understanding.  He alone was God and she belonged to Him, body, soul and spirit.

At the beginning of the eighth year after her husband’s death, she had another vivid, near reality dream.  In this dream, she was alone in her estate.  She recognized the frame of her estate, but it was different, even bigger.

In the dream, each room had expanded to double its size and there were new rooms she did not recognize.  There was an indoor/outdoor pool that ran from an indoor garden to an outdoor garden.  The pool was lined with precious stones of multiple colors.  The water shimmered a silvery light blue and glistened as the invisible hand of the wind gently stroked the water.

She looked out the window and saw fruit trees of every kind; some trees bore multiple kinds of fruit of all varieties, shapes and sizes.  It was then that she noticed women of every size, color, shape, age, culture, language, some elegantly dressed, others in rags; some with no physical disabilities, others with noticeable physical disabilities; some were laughing, some crying; some alone and others with a group; some speaking, while others were listening; some with visible scars, and others appearing perfect on the outside.

The only thing they had in common was that they wore red shoes.  She then looked down at her feet and noticed that she too was wearing red shoes.  The dream ended as she awoke speaking audibly, “But I don’t have red shoes.”

Lottie had similar dreams over the next month; the one common theme was the red shoes.  She was now consumed with red shoes and decided that she had to have a pair regardless of what it may symbolize to her generation.

The following week, Lottie found a perfect pair of red, high heel shoes that she felt was designed just for her.  She purchased them, and then another and another and pretty soon, she only wore red shoes.

Within a few weeks following the dream there was a caller at her front gate; a woman, seeking shelter.  She welcomed the woman into her home. God sent other women and each one was welcomed.

Each stayed as long as they wanted, some never left, some left and returned.  Regardless of their condition or why they came to “My Father’s House” they were never turned away.  No questions asked.  Each felt a presence of love and acceptance from the moment they stepped foot on the property.

Lottie held no bible studies, even though there was a bible in each room.  She did not preach, she did not scold or condemn.  She accepted and loved each woman who was sent to her. Their lives were forever changed and they all received a gift of red shoes.